Petrobras Says Discussions Among Saudi, Russia are of No Use For Oil Prices

Recent discussions involving leaders from major oil-producing countries and the U.S. will prove irrelevant for oil prices that are low due to depressed demand, the CEO of Brazil’s Petrobras stated Thursday evening. 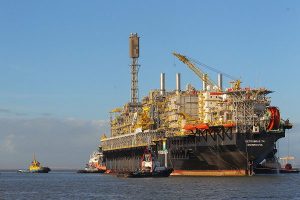 Castello Branco’s comments might temper speculation that Brazil will enter a potential agreement among oil-producing countries to stabilize the oil market. Still, Brazilian Energy Ministry delegates have remained silent on any potential talks.

Petrobras and government executives say the company is run without any political interference. However, the federal government is by far the most crucial shareholder in Petroleo Brasileiro, as the agency is known.

Crude prices tumbled in early March as discussions between Russia and Saudi Arabia failed. Demand has since taken a severe hit as the economies of many nations have ground to a pause amid attempts to battle the worldwide coronavirus outbreak.

Brent oil prices and U.S. benchmark WTI both surged more than 20% Thursday after U.S. President Trump stated he brokered a settlement between Russia and Saudi Arabia to reduce supply.