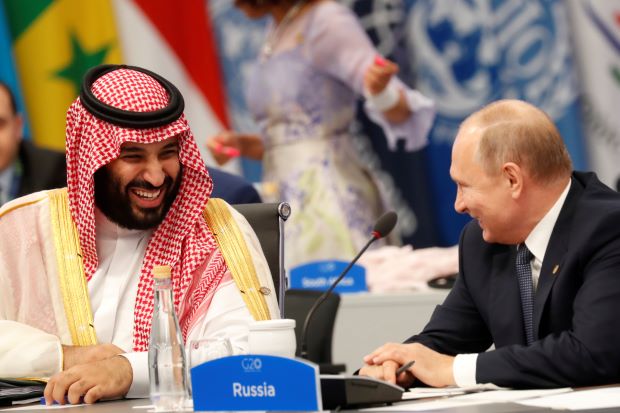 Russian President Vladimir Putin plans to visit Saudi Crown Prince Mohammed Bin Salman at the G20 summit in Japan this week, days before OPEC and its associates assemble in Austria to talk about extending oil-output reductions.

“Intense” preparations are underway for the meeting between Putin and Prince Mohammed, Kremlin spokesperson Dmitry Peskov stated Tuesday, without mentioning what’s the agenda. If previous experience is any guide, the talks might provide a breakthrough on OPEC+ policy before ministers meet in Vienna.

Whereas crucial members of the OPEC support the extension output restraints that expire in June, Russia — OPEC’s most crucial ally — has followed a wait-and-see strategy. Its Energy Minister Alexander Novak stated Monday it’s nonetheless too early to touch upon any potential decision and that he’ll “see what will probably be discussed” at the G20 summit.

G-20 leaders’ summits have long been vital policy-making boards for oil and OPEC watchers. In 2018, Putin and Prince Mohammed used the occasion in Buenos Aires to agree to increase their OPEC+ deal, days before oil ministers convened and rolled over output cuts.

The G20 in 2016 in Hangzhou, China, proved crucial, with Putin and the crown prince coming together to conclude years of hostility between the world’s prime two oil exporters. Since that meeting, the two countries have collaborated on the oil-output policy as de facto leaders of the OPEC+ alliance.

As further evidence of the significance of G20 talks, Saudi Arabia and Russia not too long ago requested fellow OPEC+ nations to reschedule their Vienna meeting, shifting it by some days so that oil ministers will assemble after Putin’s meet with the crown prince, rather than before as initially planned.

OPEC+ will meet in the Austrian capital on July 1-2, instead of on June 25-26 as initially scheduled.