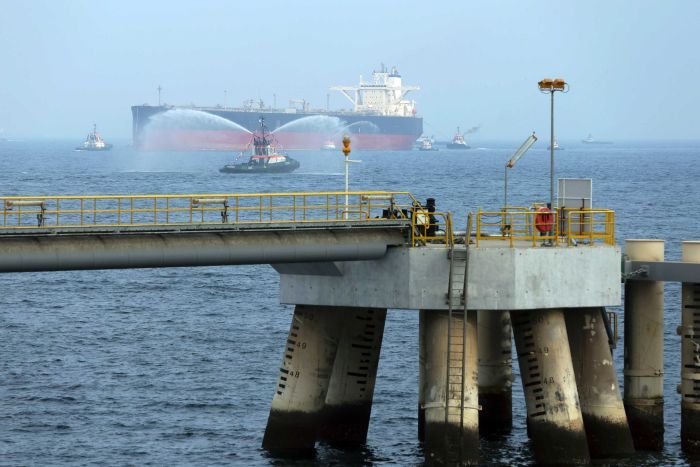 Oil tanker owners are elevating the costs they charge to export Middle East crude as tensions mount in a region that accounts for about third of all seaborne petroleum shipments.

Rates for transporting 2 MM-bbl cargoes from Saudi Arabia to China leaped to nearly $26,000 a day on Thursday –  over double where they were initially in June, according to Baltic Exchange in London. Shipbrokers report an excess of vessels in the Persian Gulf, meaning that owners are unwilling to accept contracts at low rates given the current threats.

“Nothing much has modified in terms of supply and demand since the newest attacks, so it’s just about all a risk premium,” mentioned Halvor Ellefsen, a shipbroker at Fearnleys London.

A survey of shipbrokers involved in the Middle East trade exhibits they expect there being 22% more ship out there for charter in the next four weeks than probable cargoes. That’s a smaller excess than last week however still more than average for the time of year.

Regardless of the surplus, vessel owners like Frontline Ltd., one of the world’s biggest operators of supertankers, briefly interrupted charters in the instant aftermath of the latest round of strikes in the area last week. The U.S. accused Iran of those incidents, something the Persian Gulf nation denied.

Insurance coverage rates further surged after these events, with companies charging a minimum of $180,000 in premiums to visit the Persian Gulf. They were about $30,000 early this year before pressures began to escalate.

Since then, conflicts have continued to mount. Iran shot down an American spy drone on Thursday. The U.S. got to within hours of counterstrikes until U.S. President Donald Trump deserted the plan. Earlier this week, a rocket landed near an oil field workers’ camp in Iraq.